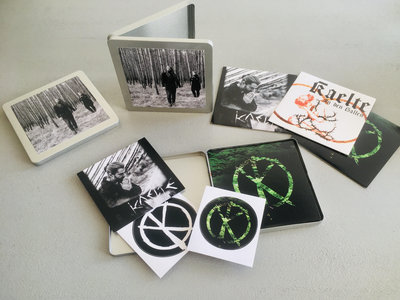 ships out within 1 day

KAELTE is a German-speaking musician who likes to describe his work as an end-time romance. The generally gloomy sound is complemented by the melancholy singing of the singer. Since 2006, Sven Martin has been developing his own interpretation of music. Inspired by a variety of artistic influences created so four albums, which move stylistically in the direction of Darkwave, Darkfolk and Neofolk. ... more